IT’S HERE!! March 1, 2014 is the official launch day in print and e-book publication for the new edition of STRIKE PRICE! If you missed the L&L Dreamspell first edition, I hope you buy, read, and review the StoneThread (e-book) or Nemaha Ridge (print) edition of STRIKE PRICE. STRIKE PRICE is a story about a business deal turned deadly concluding with a plot to destroy a hidden, crucial US oil center and bring the US into confrontation with another global power. To stop the plot and save lives, up-by-the-bootstraps Lynn Dayton must trust a Cherokee elder who carries a corrosive secret.

The biggest news in energy is what isn’t happening. During one of the coldest US winters in decades, the price of natural gas—a primary heating fuel—has not skyrocketed. While it has headed up, the cost increase of the marginal MMBTU (million British Thermal Units) has been relatively small compared to historical experience. Prices have increased from $3.50/MMBTU to just above $6/MMBTU. Despite unprecedentedly large withdrawals from storage, the price of natural gas has not spiked to $15/MMBTU as it did in 2006.

Propane prices have spiked. A larger-than-normal volume of propane was used for crop drying, so it was already under pressure before the big draw for heating.

Although heating oil (#2 oil) is a tiny part of the oil market, its price increase has been a factor supporting the price of oil.

I recently gave a presentation about the benefits of the oil, natural gas liquids, and natural gas boom for Texas manufacturing. The incentive of a high oil price continues to stimulate US oil production, thus making the term “peak oil” a relic of the past. 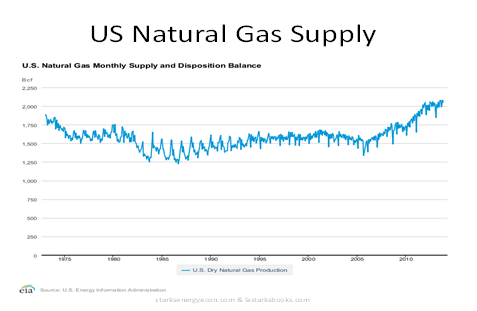 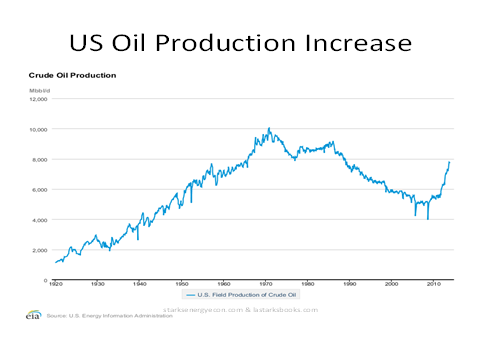 Since the last newsletter I’ve read over twenty books. For thriller readers, one of my new favorite authors is Brad Taylor. I also liked Joseph Finder’s Extraordinary Powers. Although it was published in 1993 and technology has changed, basic human relationships have not and Finder adroitly pegs them. In mysteries, Sara Paretsky’s Critical Mass is excellent. Other mysteries I like are How the Light Gets In by Louise Penny, The Gods of Guilt by Michael Connelly, and Tatiana by Martin Cruz Smith. In general fiction, I recommend The Partner Track by Helen Wan: true-to-life and poignant.

In non-fiction reading during the last six months I liked The Girls of Atomic City: The Untold Story of the Women Who Helped Win World War II by Denise Kiernan and Rose George’s Ninety Percent of Everything, about shipping.

Have a wonderful, book-filled summer,
L. A. Starks, http://lastarksbooks.com

Fiction (in reverse order) by L. A. Starks